Around the outside of Leicester City's King Power Stadium are a number of fast food wagons.

They almost all serve exactly the same range of products, essentially burgers and hot dogs.

Many believe that the food on sale outside the ground from these wagons is superior to that inside and so they do a brisk trade.

Today I'm a little later to the ground than normal and all the 'Handmade Beefburgers' van can lure me in to do is take a photograph.

For the record, Leicester City beat Crystal Palace one nil and I had a Pukka Pie inside the ground.

October rain
a pied wagtail dips
along the touchline

Paul Conneally
October 24 2015
from Paul Conneally's ongoing series of works RE-TALE
Posted by Little Onion at 6:27 pm No comments: Links to this post

How to make extraordinary things happen

Pete Mosley's working life has brought him into contact with hundreds of entrepreneurs. He has noticed recognisable patterns in the behaviour of those who have become successful on their own terms.

Most are not held back by the quality of their ideas - but by the way their courage and ambition is impeded by their thinking.

In his talk 'Cheeky Letters and Dream Lists' at Cake Meetup, Loughborough, Pete explored and shared the things that motivate us and the things that hold us back, offering both insights and explanations.

A really engaging talk that left members of the large and enthusiastic audience of creatives with a few simple strategies that they can use to successfully overcome or work around these blocks and make significant things happen in their lives and businesses.

Cake is a bimonthly meet up for creatives, entrepreneurs and others held at Loc8Me, Ashby Square, Loughborough, with free beer, pizza & cake plus great talks & great networking opportunities, what more could you want?: http://cakemeetup.co.uk

Cake is made possible by support from:
FIVEORSIX Design/Branding
heart internet
loc8me
PETER

Posted by Little Onion at 8:34 am No comments: Links to this post

Millree Hughes talks on the move from New York to New Parks Involuntary Painting Group as they prepare in March 2015 to explore their area via involuntary painting. This was part of a six week intervention and workshop piece 'Involuntary Painting 1 New Parks : New York' with and for Soft Touch Arts and Leicester City Council New Parks Library and members of the New Parks community.

Involuntary Painting is a term first coined in this context by New York artist Millree Hughes and further developed by Hughes with UK based cultural forager Paul Conneally.

Involuntary painting asks if an alien landed on Earth with all the knowledge painting but never having seen one what might it mistake for a painting that wasn't intended as one?

RE-TALE: Into The Light

Paul Conneally
October 2015
Leicester
from Paul Conneally's ongoing series of works RE-TALE
Posted by Little Onion at 8:36 am No comments: Links to this post

Get Ahead Get A Hat

Get Ahead Get A Hat
Paul Conneally
Loughborough Market
October 2015
Posted by Little Onion at 7:50 am No comments: Links to this post

A banner flying high above Loughborough's famous twice weekly street market heralds the first ever festival of children's book illustration in the UK, the LOOGABAROOGA FESTIVAL.

The festival runs from the 22nd October until the 25th October 2015.

Paul Conneally
October 22 2015
Loughborough
Posted by Little Onion at 7:50 am No comments: Links to this post

Fruit Routes is an ongoing artwork conceived by Culhane that involves planting fruit trees and bushes around the university campus along with other artistic and environmental interventions.

The project urges users of the University to 'EAT YOUR CAMPUS'

Paul Conneally
Posted by Little Onion at 7:42 pm No comments: Links to this post

Look After Each Other

Look After Each Other
Involuntary Painting
Paul Conneally
Leicester
2015
Posted by Little Onion at 8:48 pm No comments: Links to this post

Paul Conneally
October 2015
Leicester
Posted by Little Onion at 8:19 pm No comments: Links to this post

Dylan Thomas: portrait of the artist as a young dog

Paul Conneally
October 2015
Posted by Little Onion at 9:49 pm No comments: Links to this post

"The Globe has been synonymous with serving fine ales and food since 1720, where quality ales were brewed using spring water drawn from its own well beneath the pub, which still exists today.

Prior to becoming a public house, the Globe had several interesting uses, including a cattle merchants and accommodation for women awaiting impending execution at the hands of the noose man in nearby Gallowtree Gate.

This may go some way to explaining the reported hauntings within the premises, which includes the ghost of a woman on the stairs, two disagreeing brothers that argue over the bar and a young boy in the cellar who turns off the beer!"

Photo: Paul Conneally
October 2015
Posted by Little Onion at 6:22 pm No comments: Links to this post

Danai Anesiadou: "Don’t commit suicide just because you are afraid of death"

Working across performance, installation and video, Anesiadou plays with rumour, fantasy, the mystical, and the intimacy of sharing secrets. For her first UK solo exhibition, Anesiadou layers allusions to classical myths from her native Greece, pop culture and contemporary politics together with references to her personal biography and every day experiences. Her exhibition includes sculptures from compressed personal objects, and a monumental wall installation which she imagines as a “horror-vacui” of theatrical and movie props. Anesidaou has also created a new performance that will be presented on 11 December.

Photographs by Paul Conneally
Posted by Little Onion at 2:40 pm No comments: Links to this post

The Agony And Ecstasy Of Collegiate Sumo Training In Japan

The exhibition, called "Asa Geiko" (Morning Practice), is the work of Francis Harrison, a photographer and long-time resident of Japan.

Shot in moody monochrome, the photographs recall photo essays by Eugene Smith and others during the heyday of Life Magazine.

"I was attracted to traditional themes as a counterpoint to the soullessness and wholesale Westernisation so prevalent in modern Japan.

My early background in the martial arts naturally led me to an orthodox sumo club at an agricultural college near my home, where I was eventually allowed to shoot freely by the coach, a fiercely traditional man.

What struck me from the start was the aura of discipline and sacrifice that suffused the place. Long periods of stretching and limbering up would be interrupted by instants of total violence, none of it personal but totally committed nonetheless.

Over time, I was deeply moved by the dedication of these young men, most of whom would never make it to the Pros while punishing their bodies sometimes with lasting effect.

My promise to the coach was to give an accurate representation of genuine sumo to the outside world, where so often the sport is seen as "fat babies in diapers", and I only hope that I have kept my promise and done justice to these powerful athletes."

The exhibition is divided into three phases: "Preparation", "Combat" and "Contemplation" reflecting the various parts and moods of any given practice session. Through these stages one can catch glimpses of an older Japan where ancestral voices predominate...

Text: Charnwood Arts
Photo: Paul Conneally
Posted by Little Onion at 7:12 am No comments: Links to this post 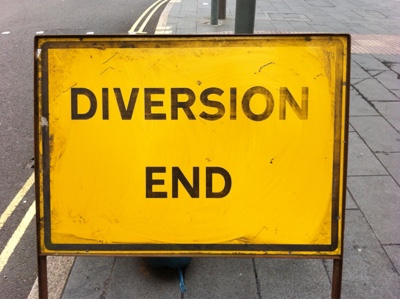 In the month of August we propose to bring together for a week a certain number of individuals called on to discuss the first concrete results of psychogeography; of that discipline’s place in the group of problems posed by the creation of a new culture, and the possibilities of its concrete application to the city of London. At the end of this week of discussions the group will enter into action in order to verify by experience some of the theoretical conclusions of the Congress.

This action will inevitably take on multiple – and occasionally violent – aspects. Its usefulness will principally reside in the study of the effects, on a great modern urban center, of a series of rapid and sustained shocks calculated to introduce -during a period limited to one month – an element of uncertainty in the normal social and affective organization of the city.

We recognize that an urban agglomeration the size of London represents nothing psychogeographically. It is important in the very beginning to divide it into several clearly defined zones. And then, within these juxtaposed zones, we must study the placement and limits of the different ambience units in order to utilize them in function of our plans, and to anticipate their emotional perfecting by means of an appropriate architecture and urbanism.

We know that the inhabitants of London, like those of all the other cities of current society, suffer from nervous problems, which are the inevitable consequence of today’s urbanism and, more generally, of a profound mental misery, which is a product of our primitive society.

In fact, we hope to assemble in London experts in the revolution in every aspect of life in order to work together at the creation of transitory affective situations consciously constructed.

It isn’t currently possible to foresee the results of such activity. We invite all those who want to participate in its invention to contact the organizing committee.

Organizing Committee of the Provisional Congress for the Psychogeographic Fragmentation of the London Agglomeration.

Posted by Little Onion at 8:37 am No comments: Links to this post

A Year 5 pupil from Abbey Community Primary School hard at work during a Connecting Cultures session at Brahma Kumaris Spiritual University in Leicester. He is illustrating his tanka poem about his grandad, his hero:

In this session over a hundred pupils worked with artist Paul Gent on illustration and poet Paul Conneally of Leicester City Council PCAS on tanka poems.

September 2015
Posted by Little Onion at 7:11 am No comments: Links to this post